What the heck have I been doing?

I have been tatting, just a little. 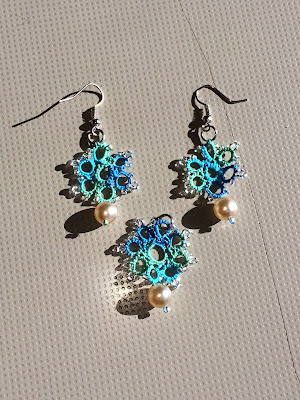 This is an earring set done for a friend, my own design. The HDT is Coral Reef size 40, by TatsKool.

I've been working like crazy at my new job. It involves a lot of contact with folks hither and yon, such as London and Cape Town. (Really!) One of the benefits of my new job is having my cell phone set up (on the company dime) so that I can call any place short of the moon with no special charges. It's great!

But talking to folks hither and yon means dealing with them in their time zones. Mine is GMT plus 5 hours, or Eastern Standard Time. So I have to talk to people at odd hours. 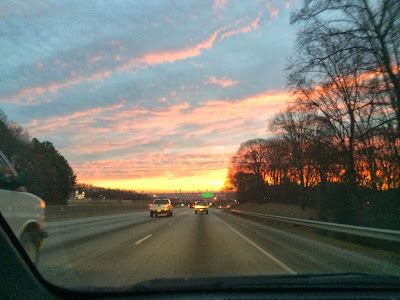 Here's a picture I took of the sunrise - taking while I was both driving to work and on the phone with the London office. It was lunchtime in London.

(Don't worry, I use a headset. I have a very excellent driving record.)

Anyhow, I've been working my TAIL off! Lotsa hours! Working on weekends! Video Skyping with my developer in Hyderabad! Conference calls with people in Brazil and Paris and Toronto! Working through lunch! Staying really late! On the phone with London before 7 am!

In short, not much time for other stuff. Like tatting. Sad face.

But - the folks at my company are super nice and the office is in a great location. And it pays really, really well! Woo-hoo!

I have had nice holidays - all the Stooges were here for Thanksgiving (tho Larry couldn't come for Christmas). Thanksgiving was fun and restful. Larry is doing well in Florida, seems happy. He's been enjoying Growing Facial Hair and came home sporting a goatee that dragged his chest. He got spaghetti sauce in it immediately when he came home - yuck! 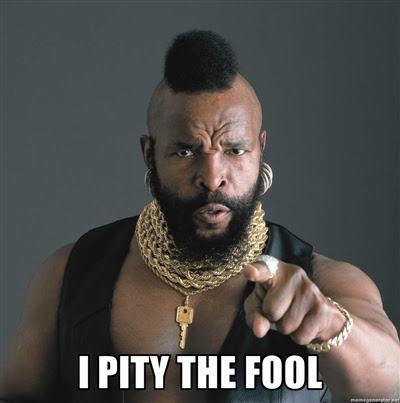 This week Larry sent me a picture of himself. The goatee was longer, and he's now sporting a Mohawk. The caption of the picture was "I pity the fool"!

Moe and I traveled some during the Christmas holiday, driving 500 miles each way on various interstates. We noted several things on the road.
Moe drove part of the time. He did ok - only tried to kill me once. That was when he took BOTH hands off the steering wheel to eat a hamburger, allowing us to lurch across the center line on I-75. I made him pull over immediately. New rule for Moe - no eating and driving. 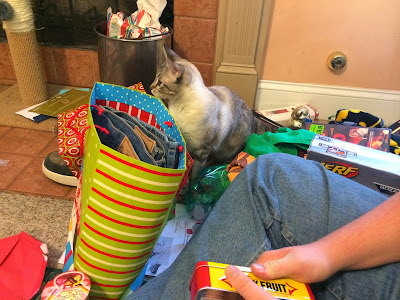 Lily liked Christmas. She was very excited about the mess. (That's Moe's stuff.)


Santa Paws brought the Kittahs a present. They love this.

Hope your holidays were happy.... 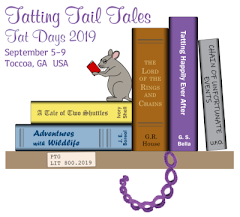